When Covid 19 hit Disney decided to release it's films via Video On Demand .  One of the first ones is "Artemis Fowl" . "Mulan" was released in theatres and a similar fashion.   The difference between the two is that the story of "Mulan" was originally released as an animated feature

The first Mulan was released in 1998 and made over 300 million at the box office.  This years Mulan only made 66 thousand primarily with Video on Demand. When you consider last years The Lion King made over 1 billion dollars at the box office not the most impressive numbers but I think Disney will survive.

This Mulan has no music and features the story of a young girl who is gifted as a warrior.  This was in the 15th Century when woman pretty much got married, cleaned, cooked and had kittens.  Sorry children.  My bad.

When Mulan showed her fighting skills she was singled out as a freak. She decided to dress as a boy, run away and fight for her kingdom when it was invaded by an evil force with magical powers.
Yifei Lui plays Mulan with great skill .  This was not an easy role play physically and she played it well. Rosalind Chao plays Mulan's strict Mother "Li".   The rest of the cast were very talented too.

If you want to watch a wonderful family movie check out "Mulan". 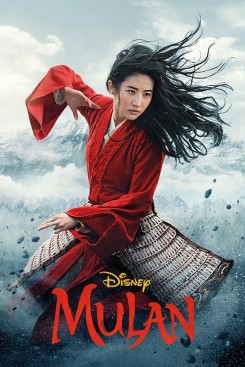