Sometimes you see a movie and you think why did they waste the money to make it?  Welcome to "Brightburn".   The movie stars  Elisabeth Banks, who usually picks good projects.   They may not win Oscars but they are entertaining.    Why she chose to play a character like Teri Breyer was beyond us.    The rest of the movie features a fairly unknown cast and the story is strange.

Teri and her husband "Kyle Breyer" played by David Denman are longing for a family.   They discover a baby in the woods and raise him as their own.   The named the boy "Brandon" played by Jackson A. Dunn.   The kid at first was OK.  Doing well in school.  But when entered his teen years it all changed.   Brandon started showing strange behavior and things started going down hill from there.

There were again some animal unrealistc touches.   Like having a farm and not having a dog or cat?    What is up with that.  But seeing "Brandon's" erratic I am the farm was pet free.   You should see how he spooked the chickens.

Mom and I kept watching hoping for the movie to get better but it never did.  The movie "Pet Sematary" had a cool script but this one didn't seem to have one at all. 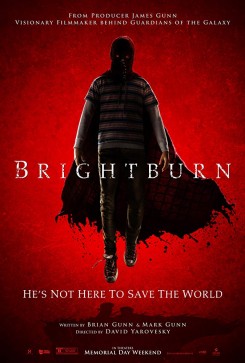